Every year, hunters from Europe and the United States travel to Africa to participate in “trophy hunting,” the act in which hunters bring home dead animals to display as trophies and souvenirs on their walls.

Most of the "Big 5" - elephants, lions, rhinoceros, buffalo, and leopards - can be hunted in Africa...for the right price. For bragging rights, trophy hunters seek to kill the most impressive animals in the group, namely the largest breeding-size males. Bull elephants with the biggest tusks and large lions with dark manes like Cecil are the preferred targets. These animals’ deaths create a severe disruption in the social structure and survival of the group, along with the loss of genetic material that's vital to the healthy continuation of the species. As threatened and endangered species, the survival of these individual animals matters. Further, the decline in large mammals, like elephants, and in top carnivores, like lions and wolves, affects ecosystems and climates, hurting the health of the planet we depend on.

For years, FOUR PAWS has been fighting a particularly gruesome form of trophy hunting in South Africa called canned lion hunting, where an estimated 10,000 - 12,000 captive lions await a deadly fate. As an expensive sport, canned hunts are viewed as cheaper and less time-consuming than traditional trophy hunts, adding more "bang to your buck" for the busy traveling hunter.

Supporters of trophy hunting, and even canned hunting, proclaim their activities support conservation. Yet, despite the extravagant fees hunters pay to bring home a prized trophy – hunts can range from $24,000 to over $71,000 for an African lion, there is no legitimate evidence that any trophy hunting dollars trickle down past unstable governments or corrupt officials to create viable conservation efforts on the ground. Even without corruption, studies have shown that the amount of money generated by trophy hunting pales in comparison to the amount of money brought into countries through tourism and wildlife watching.

At the same time, the U.S. Fish and Wildlife Service (FWS) has acknowledged that poorly managed trophy hunting can undermine conservation efforts. Cases of this have been seen with both the African lion and African elephant, among other endangered and threatened species. This was shown with captive-bred lions in 2016, when FWS banned the import of captive-bred lion trophies from South Africa due to their lack of conservation value in saving wild African lions.

Under the Trump Administration, the hunting industry's influence over the federal government reached new heights in 2017 with the U.S. Department of the Interior's (DOI) establishment of an advisory council focused solely on promoting the "economic benefits that result from U.S. citizens traveling to foreign nations to engage in hunting." Almost every member of this new council, called the International Wildlife Conservation Council, is either a hunter with a vested interest in trophy hunting or represents pro-trophy hunting organizations like SCI and the NRA. Since its inception, FOUR PAWS and other concerned organizations spoke out against this taxpayer funded, pro-hunting council. Thankfully, progress was made in February 2020 when the DOI announced an end to any future meetings of the council.

Although African elephants and lions are listed as threatened under the Endangered Species Act (ESA), FWS decided to remove import bans for both species in 2017, allowing elephant and lion trophies to come into the U.S. from countries that were previously deemed unable to properly protect those species. Interestingly, it was SCI and not FWS that was the first to announce the lifting of the ban on elephant trophy imports; this is because the DOI, which oversees FWS, had informed SCI of its decision first, not the American public.

In today’s world, the continuing decline of African elephant and lion populations warrant the need for more protection, not less. The singular focus on such a controversial and poorly-managed activity as trophy hunting ignores the complexity of wildlife conservation and hurts conservation efforts that truly improve wildlife populations, protect individual animals, and benefit the communities that live around wildlife habitats.

FOUR PAWS believes trophy hunting is an unacceptable use of natural resources and is highly offensive to the global human populations. In fact, 86% of Americans oppose hunting big game and 56% oppose hunting animals for sport altogether. After the media backlash towards the American that shot Cecil the lion and public outrage regarding elephant trophy imports, it is clear that most Americans do not support trophy hunting. 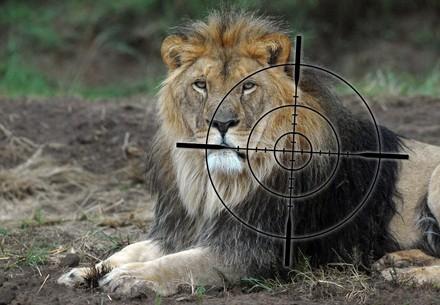 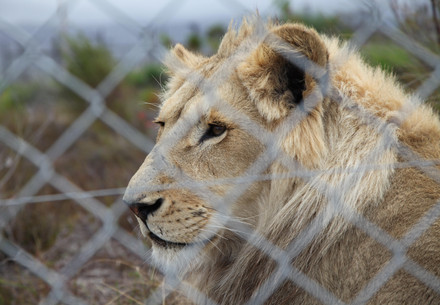 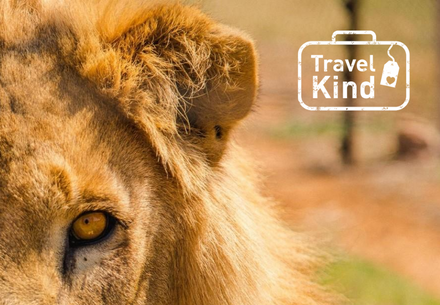