Donate
FOUR PAWS in US Our StoriesBlog & NewsLonely No More: Kaavan the elephant becomes a star

Just in time for Earth Day, April 22, 2021, Smithsonian is releasing their feature length documentary Cher & The Loneliest Elephant,  detailing the rescue of Kaavan. This will be launching for US audiences via the streaming platform, Paramount+.

The documentary will also be available via the US Smithsonian Channel on Wednesday, May 19th at 8pm EST.

For over three decades, Pakistan's only Asian elephant has been confined to an inadequate enclosure at the Marghazar Zoo in Islamabad, Pakistan.

The story began in 1985 when Kaavan was only a year old, he was given as a gift from the Sri Lankan government to the government of Pakistan in order to build relations between the two countries. At six years old, Kaavan was joined by a mate, elephant Saheli from Bangladesh. The two elephants spent the next 22 years together. Tragically, Saheli developed an infection from the cuts caused by her chains and died in 2012.

Deeply affected by the death of his life companion, Kaavan showed signs of stress and aggression and caretakers of the zoo struggled to keep the large elephant under control. Chained in isolation and poor conditions, Kaavan became the worlds loneliest elephant.

While Kaavan was isolated and suffering, a student in Pakistan, Dr. Samar Khan, heard about the elephant. Dr. Khan was then joined by a large community of Pakistani's that shared Kaavan's plight. An online petition was created which garnered international signatures. Social media buzzed with the story. American superstar, Cher and her organization, Free The Wild, heard Kaavan's sad story and began campaigning to help.

Finally, in 2020, in the middle of a global pandemic, the Islamabad High Court issued a decision for the immediate relocation of all the animals, and FOUR PAWS was asked to step in.

Coming Together for Logistics and Planning

Led by FOUR PAWS veterinarian, Dr. Amir Khalil, our FOUR PAWS team traveled to Pakistan in August 2020 to begin the planning of the animals' relocations.

With help from the Islamabad Wildlife Management Board (IWMB),  Free The Wild, and many others who came together to bring the elephant to a sanctuary, FOUR PAWS began identifying everything we would need.

Since there is no department store for elephant crates made for airplanes, a custom crate had to be build in Pakistan. Once crate was made and placed in Kaavan's enclosure to allow him to become accustom to it, and eventually walk in. This training crate was eventually replaced with the actual transport container specifically designed for the aircraft.

Once authorized to leave Pakistan, the challenge became how to transport Kaavan safely. A plane was the obvious choice but Kaavan was still to heavy. With only weeks to work with, Dr. Khalil and team worked to get Kaavan used to the transport crate while simultaneously making the elephant move around. Giving him rewards for moving tasks helped drop Kaavan's unhealthy weight to one where the plane could take him.

What kind of plane can fly an elephant? Thanks to the quick response of American businessman and long time FOUR PAWS supporter, Eric S. Margolis, FOUR PAWS was able to secure a plane, a Ilyushin Il-76 cargo aircraft belonging to DHL and the fuel needed for the journey.

On November 30th, Dr. Khalil and the FOUR PAWS team, flew with Kaavan roughly 3, 204 miles from Pakistan to Cambodia. It took 7 hours.

“Kaavan was eating, was not stressed, and he even slept a little bit whilst leaning on the wall of the crate! He behaves like a ‘Frequent Flyer’. The flight was uneventful, which is all you can ask for when you transfer an elephant!"

Kaavan's rescue day finally came and the excitement and energy for this huge mission was felt not only on-site but by supporters throughout the world!

Our partner Free The Wild and US-superstar Cher were also on-site to cheer the elephant on. She sang to Kaavan as the final preparations for the transport were underway. The transport crate was moved into Kaavan's enclosure where the training paid off as Kaavan safely walked into the crate for the very last time. And as the crate left the zoo with Kaavan inside - for the first time in 35 years, Kaavan's enclosure in the Marghazar Zoo was finally empty.

The team transferred him to the airport, where the loneliest elephant in the world was loaded onto an airplane in Islamabad. Together with the team on-site, Dr. Frank Goeritz, head veterinarian at the Leibniz Institute for Zoo and Wildlife Research, and Dr. Amir Khalil were right by Kaavan's side throughout the whole trip to support him.

When planning for Kaavan's future, the Cambodia Wildlife Sanctuary, co-founded by Lek Chailert, offered him a forever home.

Upon arrival in Cambodia, after the long journey from Pakistan, Kaavan was able to leave his transport crate and enjoyed a warm welcome with a juicy fruitcake and a trail of banana tree leaves made especially for him.

Then came a very special moment for Kaavan and everyone who has followed his journey: After eight long and lonely years, Kaavan had his first interaction with another elephant as they gently touched trunks between the protective fence. Kaavan will now finally have the chance to live a species-appropriate and peaceful life.

The Cambodia Wildlife Sanctuary 'was created to protect and conserve the unique animals and remarkable habitat of Cambodia. One million acres of this rich forest landscape and diverse wildlife population are now protected by the Cambodian Wildlife Sanctuary for future generations to see and enjoy.'

Kaavan will first be released into a quarantine enclosure of approximately one acre. After the quarantine he will be able to roam within another bigger enclosure. Not only will he have more space, but there will be an abundance of natural enrichments that will provide a varied diet for the 36-year-old elephant.

“FOUR PAWS, Free The Wild, local Pakistani officials and animal activists have worked tirelessly to rescue Kaavan and find him a more species-appropriate home. We have overcome many hurdles to reach this point, not least the global COVID-19 pandemic, but all of these challenges have made this achievement even more monumental. We cannot wait to watch as Kaavan adjusts to his new home, with companions and natural habitat. Now he can finally live the life he deserves and retire happily away from the watchful eye of the visitors that circulated his enclosure day after day.”

An Update on Kaavan 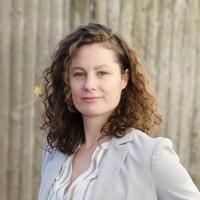 FOUR PAWS International in the US
Boston, MA