Donate
FOUR PAWS in US Our StoriesBlog & NewsSaving Big Cats: Why We Need a Total Closure of the Commercial Big Cat Industry in South Africa

Lions and tigers being farmed in their thousands? It doesn’t sound right, yet I discovered in my role it is happening in South Africa. Big cats, even tigers that are non-native to the country and endangered, are being farmed for profit and ultimately, we suspect, for the animals to be traded internationally and their parts to be used in traditional medicine and luxury items.

How has this been allowed to happen and what can be done to stop it?

The biggest international wildlife trade conference – CITES CoP19 – will meet in less than a month in Panama to review the trade of many species, including some of our core species at FOUR PAWS, big cats. Governments from 184 countries (also known as Parties) as well as other experts in the conservation and management of biodiversity are expected to attend.

FOUR PAWS has been investigating the commercial trade of big cats for many years, highlighting countries of concern where the trade of tigers, lions and other big cats is growing. In 2021 we launched the #BreakTheViciousCycle campaign calling upon the South African Government to ban the commercial trade of big cats and their parts. This came at a key time when South Africa’s Environment Minister announced its plan to phase out the captive lion industry. With decades of experience and work on lions in South Africa, and years of experience working on international wildlife trade, FOUR PAWS shared recommendations with the South African authorities regarding the feasibility of shutting down the industry and ensuring this is done in a way that benefits animals and positions South Africa as a leader in big cat conservation.

South Africa has been flagged by CITES authorities as a country of concern regarding its facilities that breed tigers. Our Year of the Tiger report shows South Africa is farming lions and tigers for a commercial trade and is the biggest global exporter of big cats and their parts. There are an estimated 12,000 lions held across 300 private facilities and an unknown number of tigers. The lack of effective regulations for species like tigers combined with the existence of a legal captive lion industry and bone trade has allowed a legal industry to flourish, whilst also acting as a conduit for illegal trade. When the fate of big cats in the wild looks bleak, there are Parties to CITES that allow their captive populations to grow unabated and for clear commercial intent and of no conservation value.

FOUR PAWS will be attending the CITES CoP19 conference and will be holding an event with big cat experts sharing our findings and recommendations to phase out tiger farming, reversing population trends and protecting big cats.

2022 is the Year of the Tiger in the Lunar New Year and we want to raise awareness about the exploitation of these much-loved species and advocate for the urgent protection of all big cats. 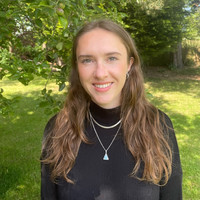 Sarah has been the Head of Programmes for FOUR PAWS in South Africa since 2020. She holds a BSc in Zoology and an MSc in Conservation Biology, during which, she undertook research into African elephants and big cats. She has seven years’ experience in campaigning, advocacy and research within the international wildlife and animal welfare sector and at FOUR PAWS, she co-leads the campaign to end the intensive farming and commercial trade of big cats from South Africa.