Donate
FOUR PAWS in US Our StoriesBlog & NewsThe Beirut Bears: The Odyssey of Homer and Ulysses

It’s not every day that people from across the world come together to save a pair of animals, but that is exactly what it took to rescue the Beirut Bears.

I got my first look at one of the bears through a small, circular hole in his traveling crate on the tarmac of Chicago O’Hare International Airport. The bear, Ulysses, was calm, which surprised me. After all, his crate had just been lifted off the plane by a forklift, not to mention he had just arrived on long flight from Beirut, through Dubai, to Chicago. Though certainly curious, the bear stood still and calm. He seemed to feel safe; he seemed at peace with wherever he was going.

As I looked into the crate, Ulysses turned his head and brought his vivid brown eye close to mine. He looked at me. It is difficult to describe what it’s like to realize a bear is looking at you. As humans, we are used to being the ones doing the looking—but this bear was assessing me through intense, lucid eyes. It seemed to me that there was a kind of energy exchange; he read me, and I read him, and I think, we both decided we were ok. To be viewed as ‘ok’ by a bear is truly one of the best compliments I’ve ever received.

Though the bear had been inadequately cared for his whole life, he was striking, beautiful. His matted fur was a rich, reddish-brown, covering his much too-thin body. And those vivid brown eyes. Sentience would seem to be the bare minimum one could claim while looking into those eyes. There is a being inside of that large body, undeniably; a brain that thinks and reasons, a soul that matters.

The Beirut Bears, named Homer and Ulysses in honor of their long, courageous journey, endured roughly 20 years of their lives in a concrete pen the size of a ping pong table at a zoo in Lebanon. Surrounded by metal bars, they had no enrichment, were underfed, malnourished, and were provided inadequate medical care. Separated from even each other by bars, they were allowed no interaction with other animals. Their life was torture.

The journey to rescue these bears was also full of obstacles: Political unrest, economic collapse, shipment shortages, a massive explosion in the port city, the Covid-19 pandemic, as well as four flight cancellations, including one just three days before the rescue. Along with our partners, Animals Lebanon, we have been caring for the bears for years, working tirelessly to arrange for their transport to a species appropriate home, and waiting for the circumstances to align which would allow the rescue to move forward.

The time finally came this past July. The Beirut Bears had arrived on US soil. Their plane even landed slightly ahead of schedule; things were looking up for Homer and Ulysses. Our partners from The Wild Animal Sanctuary loaded both bears’ traveling crates into the trailer which would drive them to their final home at The Wild Animal Refuge in Colorado.  I was there taking photos and videos for FOUR PAWS along with our US Country Director, Danika Oriol-Morway. The founder of The Wild Animal Sanctuary, Pat Craig, and his right-hand man, Ryan, took the lead in caring for the bears and navigating the drive with the precious cargo. Everyone remained calm and worked quickly—perhaps this was why the bears were so at ease; they could tell they were in good hands.

Before hitting the road, we poured fresh water into the bear’s bowls (a hole just above the bowl allows for water to be poured within the traveling crate), and we fed them fruit and eggs to tide them over. As Danika and I each pressed the food through the holes in the crate, you could feel their hot, wild breath on your face as they sniffed in and out in anticipation of the snack.

I had never been this close to a wild animal. We, of course, do not advocate for close contact between humans and wildlife—we want bears to be bears, not pets or performers. The only time we are this close to the animals is when we are transporting them or providing medical care. And though FOUR PAWS runs sanctuaries all over Europe and Asia, this was the first time FOUR PAWS had transported wild animals to a sanctuary in the US, so this type of hands-on wild animal rescue was a rarity for me. To be this close to a bear, to have him look me in the eye, to feel his energy, it was, in the most organic sense of the word, spiritual; or more accurately, spirit-filling.

We humans have crowned ourselves the kings of the Earth and the owners of all its inhabitants, however ill-informed this view may be; and yet, while we want to rule the world, many of us refuse to care for it. We want the status without the responsibility. But we do have a responsibility to care for Earth’s creatures, particularly the wildlife in captivity who are forced to live completely unnatural lives, merely for the profit and amusement of human beings. When animals like Homer and Ulysses are kept in inappropriate and harmful living conditions, we believe it is our job to release them from that misery. These bears, and all animals in captivity, are more than trinkets to put on display. They are living, breathing animals with physical, mental, emotional, and social needs. They have always been more than show pieces, and more and more, people in our society recognize that animals in captivity deserve better.

And you could not find a better home in the US than The Wild Animal Sanctuary’s Wild Animal Refuge, which has 9,719 acres of Colorado wilderness where rescued animals can live out their lives in peace. The Refuge, which is an extension of The Wild Animal Sanctuary in Keenesburg, CO, is the largest carnivore sanctuary in the world and home to rescued bears, tigers, lions, wolves, and more. Here, Homer and Ulysses will share 103 acres of open wilderness with several other grizzly bears (which are similar to Syrian brown bears).

While the Refuge is closed to the public, the 789 acers of grassland at The Wild Animal Sanctuary in Keenesburg, Colorado, which hosts over 550 animals, is open for visitors. You can learn more about The Wild Animal Sanctuary here (https://www.wildanimalsanctuary.org/) and the Refuge here: (https://www.wildanimalsanctuary.org/the-refuge).

When I last saw the Beirut Bears, they had just been released into a temporary enclosure within the larger acreage they can now call their home at the Refuge. Homer, the larger of the two bears, was a bit more hesitant to leave his traveling crate, while Ulysses strolled right out, ready for his new life. Both bears were immediately given a feast to welcome them to their new home.

Although there would be such gratification in releasing these bears straight into the 103 acres, it is important to give the animals time to adjust within the smaller enclosure. This transition period will also allow the bears to be given proper medical care and to gain some much needed weight before joining the other grizzlies in the enclosure. The other rescued bears in the habitat can also use this adjustment time to get used to the presence of the two new arrivals. While we were watching, we saw several of the grizzlies approach the temporary enclosure, and the Beirut Bears reacted with interest. Homer stood on two legs, watching carefully. Ulysses, ever calm, seemed interested, but at ease.

The Beirut Bears are well on their way to living their lives as bears should—with no responsibility other than being a bear.

It is thanks to the support of our philanthropic partner, The Karmagawa Foundation, and the donations and well wishes of our many supporters across the globe, that we were finally able to rescue these amazing bears. We are grateful beyond measure for your support, and we hope you can take satisfaction in knowing that you truly made a difference in these bears’ lives. 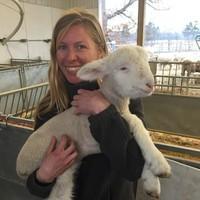