DOMAZHY, MARCH 7 2022 – After a harrowing 24-hour trip across half of Ukraine, seven bears arrived safely at the FOUR PAWS’ BEAR SANCTUARY Domazhyr in western Ukraine. The animals were transferred from White Rock Shelter near Kyiv where the situation has grown increasingly dangerous.

All seven bears arrived in good health and are now being cared for by the experienced team at BEAR SANCTUARY Domazhyr. The latest transfer brings the total number of bears at the sanctuary to thirty-six. Staff remain onsite to care for the animals during this difficult time.

The team at White Rock asked FOUR PAWS for urgent help to temporarily take in the bears as their safety near the capital could no longer be assured. The transport of the seven bears was carried out by a local company after the evacuation of the animals became inevitable. On Friday evening, one truck started its journey from the capital Kyiv to western Ukraine with a male brown bear Synochok, a female Himalayan-brown bear Chada, another female Himalayan-black bear Malvina and two brown bear cubs. During the drive, the animals were kept in species-appropriate crates and cared for by an expert team. The truck had to pause several times due to checkpoints on the roads. Another truck travelling with two more bears arrived at the sanctuary Sunday evening.

“They arrived early in the evening after a long and exhausting trip. Given the circumstances the bears look fine and they are healthy. We have prepared everything for their arrival and they will receive the care that they need by our experienced team.”

FOUR PAWS began working in Ukraine in 2012 helping stray animals. FOUR PAWS’ Stray Animal Care team has delivered veterinary care to 30,000 stray dogs and cats in over 60 municipalities within the last decade. Then, with the development of a FOUR PAWS office in Kyiv, and the construction and opening of BEAR SANCTUARY Domazhyr in 2017, FOUR PAWS created a species-appropriate home for rescued bears, while also supporting the Ukrainian government with enforcing the ban on the cruel practice of bear baiting.

Due to the dangerous situation, BEAR SANCTUARY Domazhyr is closed to the public and FOUR PAWS’ Stray Animal Care activities had to be paused until further notice.

FOUR PAWS, in collaboration with local partners, is also currently helping care for Ukrainian refugees fleeing with pets. Specifically, FOUR PAWS helps with vaccinations, microchipping and medical treatments, provides transport boxes for pets, food, leashes and harnesses, temporary accommodation and resources for anyone in Ukraine who needs to cross borders with their pets.

Stay up to date on this topic and on all FOUR PAWS activities on our social media channels: 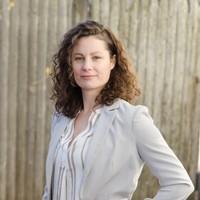