Donate
FOUR PAWS in US Our StoriesRescuesRescue Max and Mona

The story of Max and Mona spans countries and borders. It began in March 2015 when a well-intentioned grandfather bought two lion cubs for his family living in a refugee camp in Gaza. By April, the then three-month-old cubs were becoming a significant danger to the community and quickly pushed the family to their financial and physical limits.

As FOUR PAWS has a long history of working in the region, we were called on to help. Dr. Amir Khalil, leader of the FOUR PAWS rapid response team, started working on a solution for the cubs.

This was not the only time that FOUR PAWS had to rescue animals that were once living at the Rafah Zoo. In 2019, the zoo made horrific headlines after four lion cubs froze to death in January. Then only weeks later, shocking footage of a lioness being declawed with garden shears went viral. In 2019, FOUR PAWS completed a successful mission to rescue over 40 animals from Rafah Zoo.

Rescuing Max and Mona
Back to 2015, a FOUR PAWS team was granted permission to enter Gaza in order to rescue the two lion cubs, and the owner surrendered Max and Mona to our care. The continuing conflicts in the Gaza Strip made travel in and out extremely difficult. Add to the mix two rambunctious lion cubs and the rescue became even more challenging.

Dr. Amir Khalil summed up the situation upon our team’s arrival in Gaza, “The big cats are now five months old, and they’re living with the family – which includes small children – under one roof! That’s why we want to get them out of there as quickly as we can, not least for the people’s safety. Both cubs have already grown quite a bit bigger and stronger since their arrival in the refugee camp, and they now represent a significant danger for the inhabitants of the camp.”

The team arrived in Gaza through Israel. Despite having proper entry permits, there were long waiting periods on both sides of the border. After hours of negotiations, the team was not allowed to pass, and mission leader Dr. Khalil decided to keep the team together and spend the night in the so-called no-man's-land between Palestinian and Israeli territories.

The next morning, FOUR PAWS was authorized by Hamas to enter the Gaza Strip to negotiate with the owner of the lion cubs. Dr. Khalil was relieved stating, “It was very hard for the father of the family to say goodbye, but we are very happy that he finally sees reason.”

Trouble at the border
With the lion cubs safely in their possession, the team planned to exit through Israel the next morning but suddenly, Israeli officials closed the border. The convoy was stuck. Curious on-lookers, soldiers and residents took turns peering into the crates holding the cats. They were a spectacle, but one that brought smiles even in tense situations. After more negotiations with Hamas, all team members, together with Max and Mona, were allowed back to Gaza. A local hotel owner offered space for the weary group including the two young lions.

The next day, the border reopened and the whole convoy was able to pass. Max and Mona were patient throughout the ordeal: The brave “bringers of peace” spent most of their time huddled together closely.

Through Israel and into Jordan, the rescue convoy made their way to Al Ma'wa for Nature and Wildlife sanctuary, which was built together by FOUR PAWS and the Princess Alia Foundation. Here Max and Mona would find their forever home – a species-appropriate one for growing lions!

Today, Max and Mona look nothing like the tiny cubs that once fit in a dog crate. Max has a majestic mane and loves to roar, sharing his thunderous rumblings around the entire facility. The two remain close whether sleeping under the shady trees or playing in the grass. 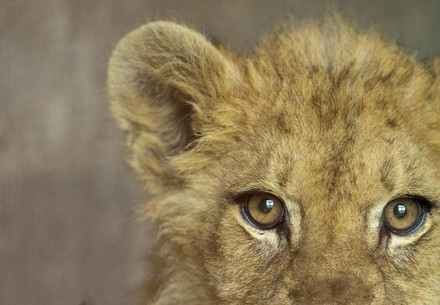 A traumatic start in life with a happy ending 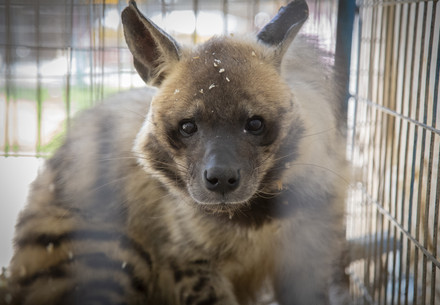