In conventional dairy practice, the calf is commonly separated from its mother (as known as a dam) within 24 hours after birth and raised artificially with teat buckets or automatic milk feeders. Increasing consumer demands for more animal-friendly production practices, however, have led to a strong interest from, especially organically working, dairy farmers in rearing systems where the calf is raised by its mom or a foster mother. These cow-calf-contact systems have many advantages. For example, they allow the cow and calf to fulfil highly motivated social behaviors, as the mother can lick the calf or the calf can learn the rules of the herd from its mother. Dam-reared dairy calves also often show better developments and higher weight gains than conventionally reared calves. Furthermore, dam-rearing can lead to a reduction of stereotypic behavior, especially cross-sucking. This is an abnormal behavior caused by a dissatisfaction with the natural suckling need and can lead to health problems, like for example inflammation of the suckled body parts of pen mates.

On the other hand, there are still some shortcomings of cow-calf-contact systems. One of the major challenges of these systems is the establishment of a strong bond between cow and calf. This makes the process of weaning and separation highly stressful for both partners; even at organic farms practicing cow-calf-contact, the weaning and separation are done earlier – mainly about three to four months of age in places like Germany – than under natural conditions. Naturally, the weaning does not happen until the calf is more than eight months old. Additionally, the separation on farms does not only happen earlier than in nature, but is also often done abruptly, which imposes high stress on the animals.

Our project in Germany

FOUR PAWS supports a project of the University of Gießen in cooperation with the Thünen Institute of Organic Farming in Germany. The project aims to find a weaning and separation method for cow-calf-contact systems, that is well suited to loosen the bond between cow and calf and, thus, imposes the least stress possible on the animals. However, completely stress-free weaning can probably never be achieved.

The present study has compared these two weaning methods with regard to the stress response of the calves and their mothers. The gradual weaning was done over three weeks, where the contact time between cow and calf was reduced from full-time contact to over half-day contact to morning contact until the partners had only contact through a fence. In the other study group, the calves had two weeks of full-time access to their mothers with the nose flap, followed by one week of fence-line contact, so that the weaning period totaled three weeks as well.

A point for both methods

First preliminary results of this project have now been presented on international conferences and indicate that the weight gains of the gradually weaned calves over the three week period were higher than those of the nose flap calves. This met the expectations of the researchers, as the milk loss happened abruptly for the nose flap group, whereas the gradually weaned calves could still suckle during part of the day. Nonetheless, the daily weight gains of the gradually weaned calves were also considerably lower than during the baseline period before weaning started. And yet, no weight loss, which commonly occurs after the abrupt weaning in (beef) calves, could be detected in the vast majority of calves in both study groups. This makes a strong point for the examined weaning methods.

Despite the comparably good weight gains of the gradually weaned calves, this method could not prevent contact calls of the calves and their mothers. The frequency of calls in the gradually weaned group was even higher than in the nose flap group. This demonstrates that the utilized type of gradual weaning could not sufficiently loosen the bond between cow and calf to allow for a low-stress weaning. The researchers suspect that this is mainly due to the fact, that the calves did not gradually reduce their milk intake with the decreased contact time, but instead tried to compensate for the reduced time by increasing the amount of milk drunk per suckling visit or increasing the number of suckling visits to their dam during the remaining hours. The gradual weaning method has to be improved in this regard.

The group that was weaned with the nose flap, showed a stronger reduction in the amount of play behavior, as well as in the number of lying bouts per day than the gradually weaned calves when the values were compared to the respective baseline values before weaning. On the other hand, it was shown that the calves’ motivation to visit their mother when wearing the nose flap decreased markedly during the first week, while no further reduction was found during the second week. To the current state of knowledge, it can therefore be recommended to use the nose flaps in general only for a short time span of max one week. The researchers want to examine a combination of short time usage of the nose flap with subsequent fence-line contact as a follow-up study.

How the results will be used in the future

This project gained valuable insights into the stress reactions of cows and calves during the weaning and separation process. Even if none of the two studied weaning methods was fully successful, new starting points for future scientific investigations and development of weaning methods were acquired. With the gained knowledge, a future study will visit a range of different farms already practicing a cow-calf-contact system and systematically analyze and compare the weaning methods employed there with regard to the animals’ stress responses. 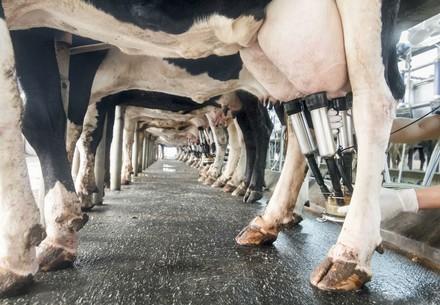 What suffering exists behind your daily glass of milk? 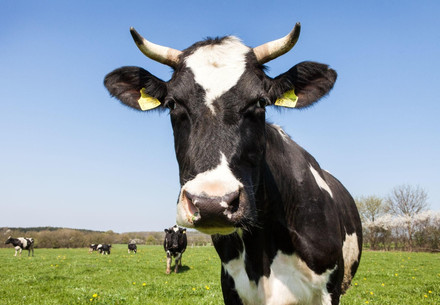 Interesting and surprising facts about cows 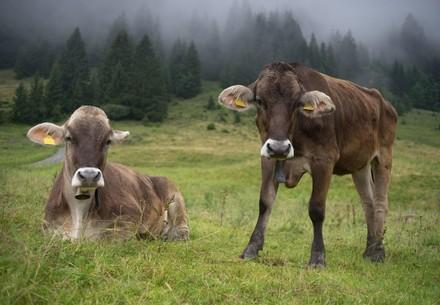 Painful interventions are carried out on cattle without anaesthesia.