On these farms, millions of wild animals like minks, foxes, rabbits, chinchillas, and raccoon dogs are bred and kept in terrible conditions. They are then killed using brutal methods, all in the name of fashion.

Minks and foxes are two of the most common species on farms. According to their website, the North American Fur Auction (now owned by Saga Furs), is the largest auction house in the U.S. and “currently sells over ten million farmed minks per year and has the largest and most inclusive collection of wild fur as well as an extensive catalogue of farmed fox.” The fur pelts come from North American and European fur farmers and American trappers.

According to the U.S. Department of Agriculture’s National Agricultural Statistics Service, there were 236 mink farms in the U.S. in 2017 and they produced around 3.3 million pelts. By 2019, the industry had declined significantly due to a reduction in consumer demand and major fashion brands going fur-free. In 2020, mink production dropped even further to 1.41 million, a 49% drop from 2019 and the lowest number on record since 1975. Mink farms can still be found in several states, with Wisconsin being the top “producing” state followed by Utah.1

The U.S. is believed to have a much smaller number of farms raising foxes; however, the exact number of fox farms is unknown as mink are the only furbearing species that have publicly available information on their production. Overall, much is unknown about the U.S. fur industry, as “there is currently no federal oversight, little state oversight, and remarkably little information publicly available."2

While the fur industry was already in decline before the pandemic, the effects of the global pandemic took an even larger toll on the fur trade. Like humans, minks are incredibly sensitive to respiratory illnesses, and mink farms have proved to be a perfect breeding ground for the spread of COVID-19.

Millions of minks on fur farms around the world, including in the U.S., were infected with SARS-CoV-2, the virus which causes COVID-19. Mutated strains of the virus in minks then infected dozens of people, resulting in warnings from disease prevention experts that the evolution of the virus in mink could undermine the effectiveness of future vaccines in humans.

With more than 20 million minks killed in response to the outbreaks, several countries have suspended or completely ended fur production. In Denmark alone, the largest European fur producer, the entire mink population of 17 million animals was culled, including the animals on non-infected farms. The outbreaks of the coronavirus pose a significant risk not only to the animals themselves but also to the farmworkers and the local residents living near the farms.

The threat of zoonotic diseases creating future pandemics was recognized in 2021 with the introduction of the U.S. federal bill H.R. 4310, the “Minks in Narrowly Kept Spaces Are Superspreaders Act.” The Act would prohibit the import, export, transport, sale, or purchase of mink in the U.S. The bill is part of ongoing efforts to stem possible mutations of the coronavirus, as fur farming not only causes immense animal suffering but also presents serious public health risks.

Although raised on farms, minks, foxes, and other furbearing species are poorly adapted to captive environments. They have the same instincts as those in the wild but are not given an opportunity to act the way they would naturally. Most fur-bearing animals are loners by nature and roam huge territories when in the wild. On a farm, they are unable to climb, hunt, swim, or hide.

Stuffed into tiny wire cages, animals live side by side with their fellow animals in a permanent state of stress and fear. The cages are typically suspended in long rows roughly two feet above the ground. Feces and urine fall through the wire mesh, to prevent the fur being dirtied. These animals have a very sensitive sense of smell and spend their lives subjected to an unbearable stench. Their sensitive paws are frequently injured because of the mesh floor of the cage, leading to infected wounds and missing limbs.

While the full-length fur coat may be less common today, the trend for fur in recent years has moved to the trim of winter jacket hoods, collars, and cuffs along with tassels and pom-poms on hats and bags. It can take between 10 to 24 foxes or 36 to 65 minks to produce a single fur coat.

With the prevalence of fur trim in today’s fashion and accessories, the number of animals killed to meet the demand sadly continues, and consumers – both knowingly and unknowingly – keep the cruelty alive by the purchasing decisions they make.

Thankfully, remarkable progress has been made in the fur free movement as more people, brands and designers become committed to ensuring that no animal suffers in the name of fashion.

As a member of the Fur Free Alliance, FOUR PAWS is proud to support the Fur Free Retailer Program (FFRP), and in the U.S. we are involved in several national coalitions working towards legislative change for a fur-free future.

In October 2019, California became the first U.S. state to adopt a ban on the sales and manufacture of animal fur products. The legislation will go into effect in 2023 and follows similar sale or import bans in the California cities of Los Angeles (2018), San Francisco (2018), Berkeley (2017) and West Hollywood (2011). In 2020, Wellesley became the first city in Massachusetts to ban fur sales, followed by the city of Weston in 2021.

In 2021, several states, including Massachusetts, have introduced bills to ban fur sales on a statewide level; on an even larger scale, a federal bill was also introduced in the U.S. House of Representatives that would prohibit the import, export, transport, sale, or purchase of mink in the U.S.

As a member of the Fur Free Alliance, FOUR PAWS is proud to support the Fur Free Retailer Program (FFRP), and in the U.S. we are involved in several national coalitions working towards legislative change for a fur-free future. To learn more about our work involving all animals used for fashion, visit our Wear it Kind program, where we are building a global movement of people, brands and designers committed to ensuring that no animal suffers in the name of fashion. 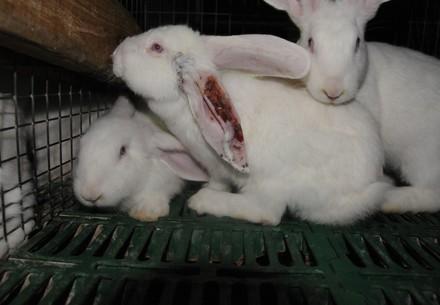 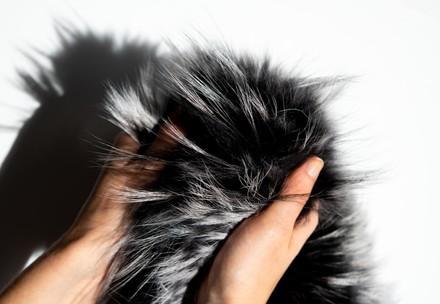 Four ways to tell the difference 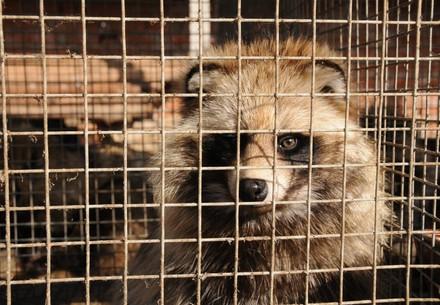 The Truth About Fur

Even a fur trim comes from extreme cruelty to animals